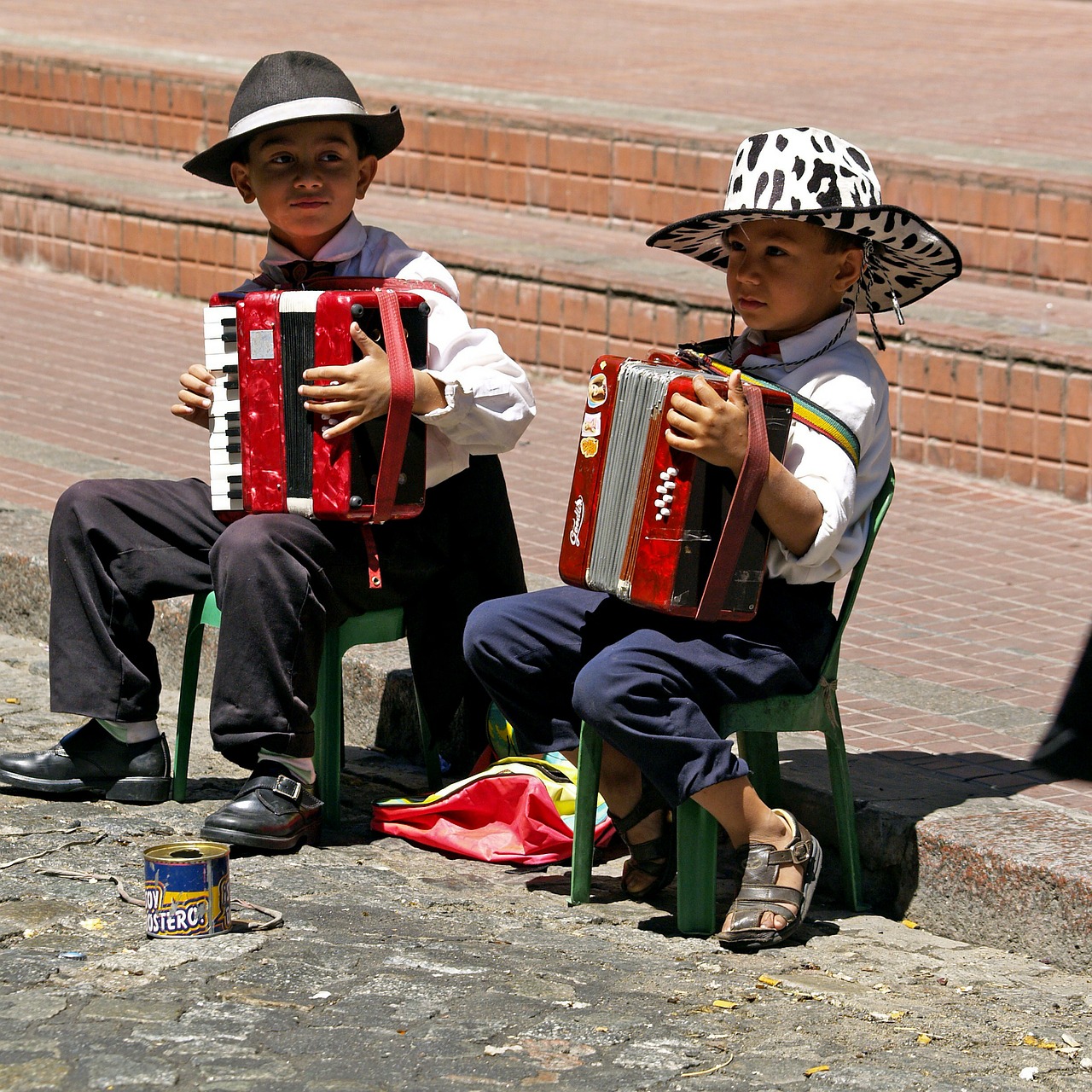 In Central and South American nations, which have a fairly large Christian
population, the Nativity or Manger Scene is the main decoration in homes at
Christmas time. In Mexico, a Christmas tree may also be set up in some homes
along with the Nativity scene or Nacimiento. The Christmas tree is usually a
small artificial tree, called arbolito. It can also be as simple as a branch cut
from a special type of tree or a type of shrub that is then minimally decorated.
The primary Christmas celebration in Mexico is called La Posada. It is a
religious procession that dramatizes how Joseph and Mary tried to find a place
where Jesus could be born. During the procession, the participants carry images
of Mary and Joseph and go from house to house seeking a place to stay. During
Midnight Mass, which is called la misa del gallo or ‘rooster’s mass,’ those in
attendance sing lullabies to Jesus. On Christmas Day children receive gifts as
well as candies that are stuffed into a piñata. This may be one or more
sculptures made of papier mache that are hung from the ceiling. Children are
blindfolded and take turns hitting the piñata until it breaks and scatters the
candies on the floor. All the children then scamper around as they try to get as
much candy as they can. Children also receive a gift on Jan. 6 from the Three
Wise Men, if they were good.
People in Venezuela usually put out pesebres, which show the Nativity
scene, on Dec. 16. Early morning church services, called Misa de Aguinaldo, are
also common from Dec. 16 to Christmas Eve. After Mass on Christmas Eve, a grand
dinner is traditionally enjoyed.
In Argentina, red and white garlands are used to decorate houses. After
attending Midnight Mass, Argentinians have a meal, toast each other, dance and
go out to see fireworks. The meal may be roasted pork or turkey, stuffed
tomatoes, mince pies, Christmas bread and puddings. Drinks such as cider and
juice made from different fruits are used for the toast. Christmas gifts are
opened on Christmas Eve just before the family retires to bed.
In Chile, Santa Claus is Father Christmas and is known as ‘Viejito
Pascuero.’ He arrives in a similar but slightly different manner than Santa
Claus because his reindeer is pulled by a taxicab. Chileans use small figures
made from clay to place near the Christmas tree in a display called pesebre to
show the Nativity story. The traditional Christmas dinner includes chicken soup
with stuffed potatoes, onions and corn on the cob. Another favorite item is a
Christmas bread that is called pan de pasqua and which is made with candies and
fruits.
Christmas customs in Brazil originate from the many different ethnic groups who
make up the country. The Nativity scene is called the Presepio and can commonly
be found displayed in homes, churches and stores. Papai Noel, or Father Noel,
resides in Greenland and brings gifts at Christmas. He is said to wear silk
clothing because Christmas occurs during summer when it is very hot in Brazil.
Midnight Mass on Christmas Eve is called Missa do Gallo, because the coming day
is announced by the rooster and the Mass finishes at 1 am on the following day.
A traditional Christmas dinner, called Ceia de Natal, includes ham, turkey,
colored rice, a variety of vegetables and fruit dishes. Christmas Day Mass at
Catholic churches are mainly held in the late afternoon because people enjoy
sleeping late or going to the beach after having Christmas dinner. Christmas
festivities, which include folk dancing and singing, continue until January 6th,
which is called Three Kings Day.