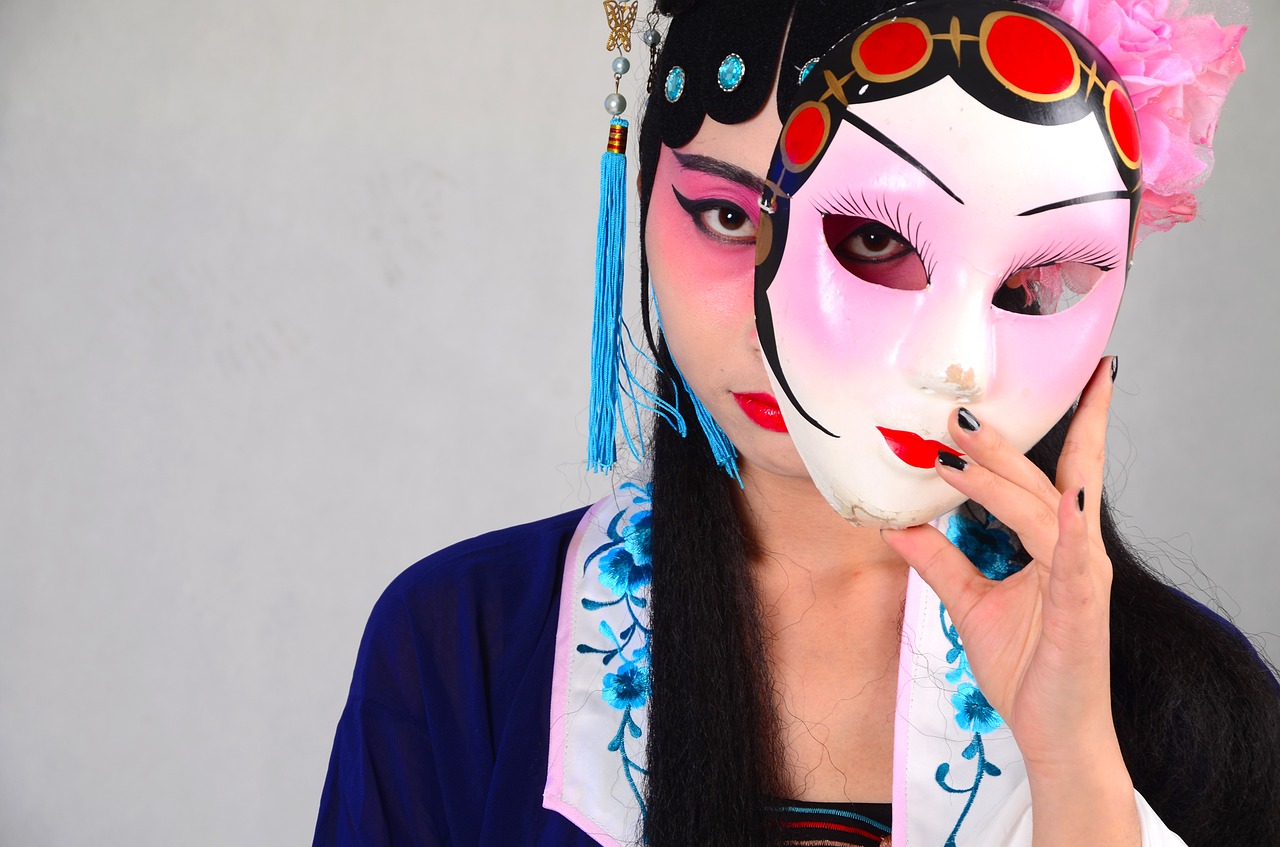 During the 18th-19th century Peking opera or more commonly known as Beijing Opera flourished in the Qing Dynasty. It had attained such levels that it was specifically being performed in the royal court and later was made accessible to public. Native to the Anhui and Hubei province this art later became the cultural jewel of Beijing, Tianjin and Shanghai. Over the period of time its fame crossed the Great Wall of China and spread to countries like Taiwan, Japan and America.

The movements of the dancers are very graceful. Dialogues, music, song, dance and combat are used to the fullest extent to depict the storyline which majorly revolves around Chinese age old folklore and history. The Beijing opera performers wear bright colored outfits to be the center of attraction on sparingly decorated stage. The dialect used in dialogue delivery is archaic dialect. Since it has a great historical value the actors really worked hard in order to respect and carry on the tradition. The training was started at a very tender age which lasted for seven years on permission from the parents. The student was expected to pay back to the teacher by the future performances. Daily routine consisted of early rise followed by training in acting, acrobatics, and combat. The senior students perform in the evening theaters. Upon committing a mistake the whole bunch of students were punished with bamboo cane but training became milder during the 1900s. These schools were shut down during the Japanese invasion in 1931 but again reestablished in 1952. The renowned schools popular in this art are the Ma Lianliang school, the Qi Lintong school and the Cheng Yanqiu school. The repository of this opera includes about one thousand and four hundred works.

The Four Anhui Troupes was responsible for the birth of Beijing opera in the late 1700s. They were joined by the Hubei tropes in the early 1800s and came to its complete form in mid 1800s. This form of art is actually a mixture of various dance forms and music with a unique twist. There are four leading characters in Beijing opera. The Sheng is the male lead role with subtype Laosheng, old and wise version, Xiaosheng, the younger version and Wusheng, the warrior version. This character is gentle and sophisticated and the costumes worn by them are more subtle. The Laosheng character is further categorized as Guan Gong, God of War and Zhao Kuang-yin, the first emperor of the Song Dynasty. Xiaosheng sings in a loud and shrill voice.

In the later years, the male actors began painting their faces. These characters were known as Jing. They were usually supporting characters and were forceful so they had to have a heavy voice and exaggerated expression. Dan is the female lead and is divided into five types. Laodan was played by aged ladies, Wudan was played by middle aged women depicting married women, Daomadan were brave female warriors, Qingyi were righteous women and Huadan were young and innocent girls. The role Qingyi and Huadan together is known as Huashan.

The male clown role was known as Chou. It was a minor role to add some humor to serious scenes. The character of Chou hardly got a chance to sing when compared to the Kunqu opera which was its inspiration. On the whole this art form cut down on the voice and singing .Acrobatics came to its full form in Beijing opera. So actors who couldnt sing much but knew acrobatics well were easily taken into the performing troupe.

The drama was being accompanied with music. The two different styles of music being played are Xipi, created by the Anhui tropes and Erhuang, created by the Hubei tropes. Based on this music, the earliest name of Beijing opera was Pihuang which changed according to geographical location and time. The melodies can be classified as arias, fixed and percussion. It was known as Guoju in Taiwan.

The Anhui troupe gained name and fame after forming Beijing opera and were invited to various kingdoms to perform. Empress Dowager Cixi encouraged this art and became a great admirer of it. The performing troupes consisted of only males at first as the Qianlong Emperor had banned female actors. But in the 1870s, a former Beijing opera performer, Li Maoer started a female troupe, which persuaded others to take the lead and finally the ban was lifted in 1912.