A visit to the rock of Gibraltar 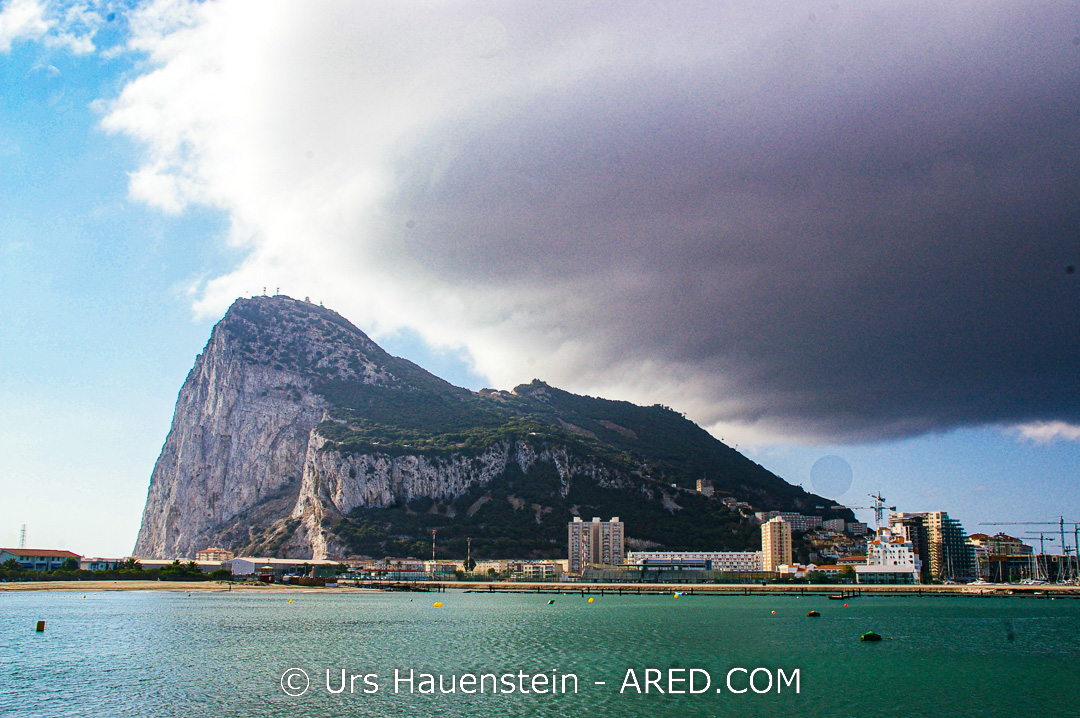 A visit to the rock of Gibraltar

Gibraltar, often referred to as “The Rock”, is a British Overseas Territory located at the southern tip of the Iberian Peninsula. It is a unique place with a fascinating and complex history spanning three thousand years. Visiting Gibraltar is an incredible experience for anyone seeking to learn about its culture, explore its diverse landscape, and marvel at its remarkable wildlife.

Traveling to to Gibraltar and how to get there

Gibraltar is one of the most interesting and unique places that a traveler can visit. Located on the southern tip of Spain, it is an iconic destination with a long history and two distinct cultures. Although it may appear to be a difficult place to reach, traveling to Gibraltar is actually quite straightforward.

The easiest way to get to Gibraltar is by car or bus from Spain. The most direct route involves crossing over the border at La Linea de la Concepcion, which takes around 25 minutes depending on traffic. Alternatively, travelers can take a ferry from Tarifa in Cadiz province; this journey takes approximately an hour and fifteen minutes, but provides stunning views of both countries as you approach the Rock of Gibraltar. Once in Gibraltar, visitors have access to all kinds of attractions including historic forts, museums and plenty of shopping opportunities – making it well worth the effort! From London British Airways offers also direct flights to Gibraltar.

The Rock of Gibraltar has been a site of strategic importance since ancient times. It is located on the southern tip of Spain, but is currently administered by the United Kingdom. The Rock has been fiercely contested throughout history and its strategic location at the entrance to the Mediterranean Sea was a crucial factor in many battles over time.

Inhabited since prehistoric times, Gibraltar was an important trading post for Phoenicians and Romans in antiquity, and then subsequently conquered by Muslims during the Middle Ages. In 1462 it was recaptured by Spanish forces, only to be ceded to Britain 300 years later under the Treaty of Utrecht in 1713 as part of Britain’s victory in the War of Spanish Succession. Since then, Gibraltar has remained firmly under British control and today stands as one of Europe’s most visited tourist destinations.

Geography and landscape play an important role in any journey. A visit to the Rock of Gibraltar is no exception. The iconic landmark has a long history as both a strategic military stronghold and tourist destination.

Situated on the southern coast of Spain, the Rock of Gibraltar stands 1,398 feet above sea level at its highest point and serves as an impressive gateway to the Mediterranean Sea. It is surrounded by two beautiful bays which are filled with crystal-clear waters that are perfect for swimming or fishing. The rock itself is composed of limestone and sandstone that were formed over millions of years, offering breathtaking views from all angles.

The surrounding landscapes are also worthy of exploration – from lush green hillsides to rolling valleys, visitors can take their pick when it comes to exploring this unique region’s topography.

Explore all that Gibraltar has to offer with a cable car ride up to the top of its famed rock. From there, marvel at views across three countries: Spain, Morocco and Portugal – all within one panoramic sight! Other attractions include nature trails where visitors can observe unique flora and fauna or take part in birdwatching tours.

Dont miss the St Michael’s Cave. An impressive natural grotto and the 5 Siege Tunnels. A system of tunnels dug during the Great Siege which acted as a defence system. Plus visit  Europa Point. The southernmost point of Gibraltar, where the Atlantic meets the Mediterranean, and from which the coast of Africa can be seen.

The Rock of Gibraltar stands as a sentinel off the coast of Spain, but beyond its picturesque views lies an important role in conservation efforts. As a home to many species of endangered wildlife, the Rock has become an important refuge for some of Earth’s most threatened creatures. The Barbary Macaque monkeys are perhaps the most iconic inhabitants, and visitors can expect to see them frolicking along the cliffs and clambering down into caves. Other rare species such as turtles, falcons and vultures find their home on this unique rock in the Mediterranean Sea. With its rugged landscape providing ample space for exploration, it’s no wonder that these animals have found a safe haven here.

The Rock of Gibraltar has been a part of human history for centuries, and it continues to fascinate travelers from around the world. Its stunning physical features and rich cultural significance make it an iconic destination for people looking to explore its majestic beauty. Located at the southern tip of Spain, this limestone mountain stands as a symbol of strength, resilience, and cultural identity.

A visit to the Rock of Gibraltar is more than just an opportunity to take in its breathtaking views; it is also a chance to gain insight into the region’s vibrant culture and history. Many visitors come here to see the Moorish Castle built by Sultan Ismail I in 1462 or explore St Michael’s Cave — a natural rock formation that has become associated with mystical legends throughout its long existence.

In this section I will add some photos I have taken last time I was in Gibraltar: 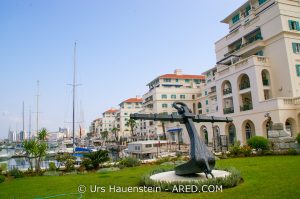 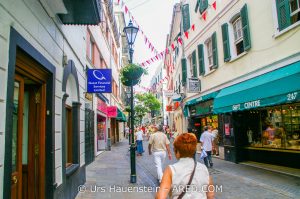 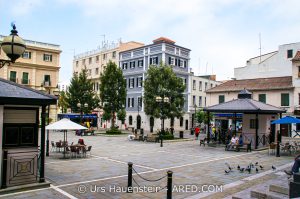 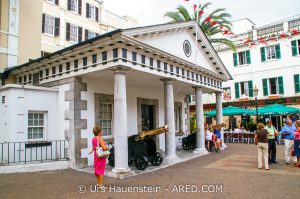 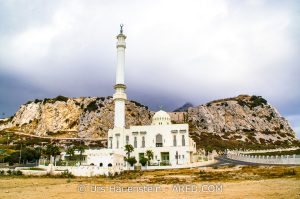 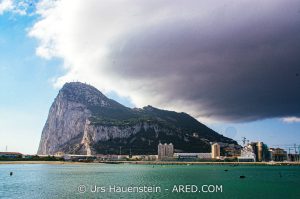 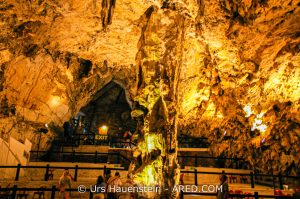 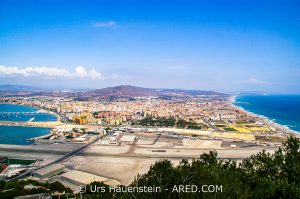 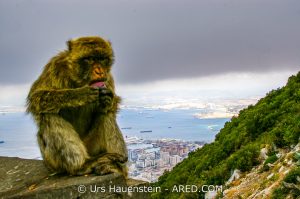 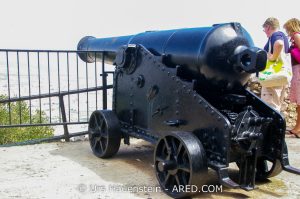 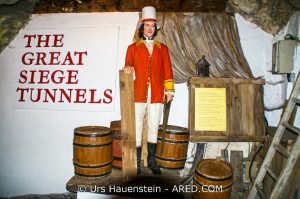 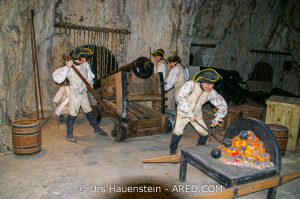 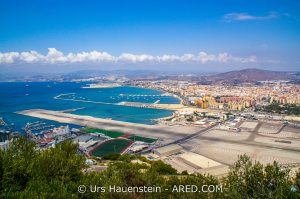 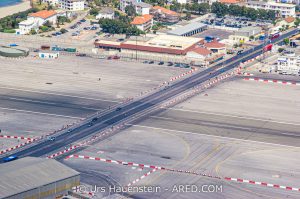 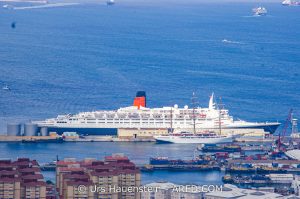 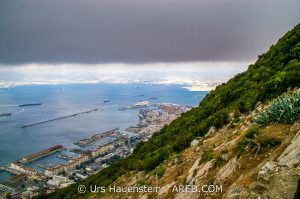 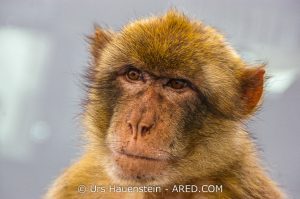 Next here is an interactive google map of Gibraltar: